From this perspective we observe the centennial pastures that feed the Iberian pigs that after two years of healing in natural cellars, we give some of the mountain delicacies par excellence, Iberico Ham. These beautiful natural sculptures witnessed the continuous incursions of historical enemies today have become neighboring towns.

THE ORDER OF THE TEMPLE 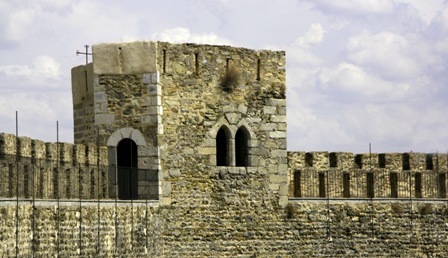 A mid-thirteenth century the Templars managed to form an important dominion south of the present province of Badajoz, with populations Alconchel Fregenal Sierra and Oliva de la Frontera.
These territories were governed from Jerez de los Caballeros, the most important charge of the Temple in the Crown of Castile. The dissolution of the Order in 1312 threw up various destinations to these populations. Some became part of different lordships lay or military orders. Fregenal joined the administrative district or municipality of the city of Seville.
Fregenal Sierra is now a remarkable frontier locality in their community. The story is seen in every corner of the Old Town: its castle, its many churches, mansions ... birthplace figures as relevant to the National Culture as Bravo Murillo and Eugenio Hermoso. 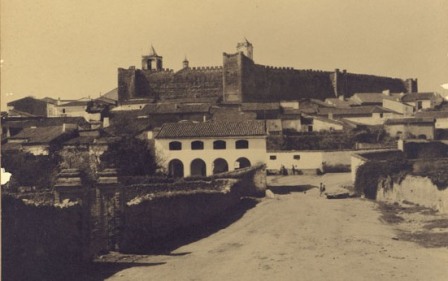 Segura de León was integrated into the Order of Santiago, which was founded in 1170 in the city of Cáceres and actively participated in the conquest of Andalusia and Extremadura. The Order obtained an important domain in Extremadura, which will be renamed "Provincia de León" to constitute the bulk of santiaguistas possessions in that kingdom.
The "Province" crossed the present province of Badajoz from north to south along more than 150 kilometers. Segura in 1274, later called "Lion" to differentiate it from Segura de la Sierra, in Castile, received the privilege of Sepulveda. Also, the master santiaguista Pelayo Perez Correa (close associate of Fernando III and Alfonso X) granted terms that bordered the Knights Templar, the banks of the Ardila, the Sierra Tentudia, Cala, Summit Aracena and majors.
Walking its streets reveals the importance of this town in Extremadura history. Where stand their palatial homes, the Parish Church and how could it be otherwise impressive Castillo.
Built entirely back in the thirteenth to sixteenth centuries, this stone castle was the residence of the Knights Commanders of Mayor and later their commanders until 1833 Irregular Floor, adapting to the impacts of land. Had a second walled enclosure, there are some sections of and the moat at the front door and the wall facing the ledge, forcing to go through a wooden bridge to enter the castle. The towers of the main facade of the mayors called sae and Miramontes. Inside the chapel, dungeon and rooms as the room called Garcilaso is preserved.
The Castillo de Segura de León is the best preserved of those up the Order of Santiago in Extremadura. 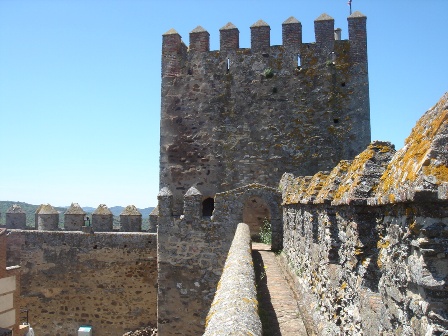 There are studies which find parallels between the Knights Templar and the Castle-Fortress Seniors Summit as the Parish Church.
Most relevant for reaching this conclusion, the data is still physical evidence found in buildings:
Marble plate where the Sun and Moon is a simile found in the Fortress Leon Ponferrada, Templar zone par excellence, like the plaque depicting the Archangel Michael icon of the Knights Templar.
Curiously, the number nine widely used by the order, is very present in Fortaleza.
The Interior Castle Sierra Fregenal find the bullring and a curious Market. For the construction of such works had to seek permission from Sevilla.
In Segura de León we enjoy the comfort and charm of a country hotel where the restaurant offers an extensive menu of products and dishes of traditional cuisine with the fusion of the XXI century. 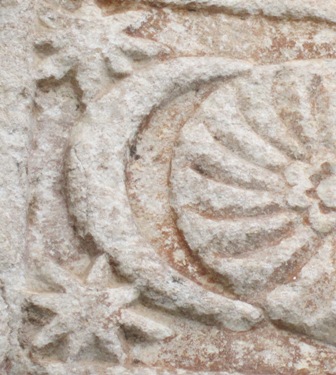