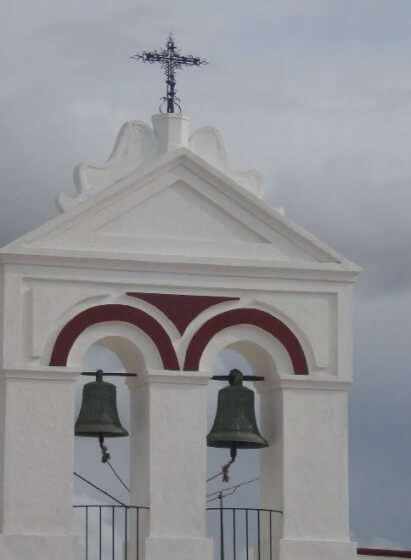 Only urban chapel located inside the old town Cumbres . Its origins were totally different from those we know today as it was built in honor of Saint Sebastian being called " Chapel of the Martyrs " possibly because several images of martyrs besides San Sebastián .
In this landmark begins the story of the dancers Cumbres . It all starts in s . XIV, when in the town there was a great epidemic of croup . The days passed and the number of patients was increasing. This affected both its inhabitants who performed a "Vote to San Sebastián " ( a promise ) , "If the epidemic ceased healthy young men would build a chapel in her honor and would dance at their parties ." The epidemic process leaving behind an important role in reducing the number of inhabitants . The cumbreños done everything promised completing the construction of the chapel and the lads showed their devotion dancing before the Holy .
Today, the tradition continues from father to son , but with a big difference. The dance is not the image of San Sebastián , has evolved to the images of Hope and the Holy Amparo , fundamental religious icons on the Main Events of Major Summits. 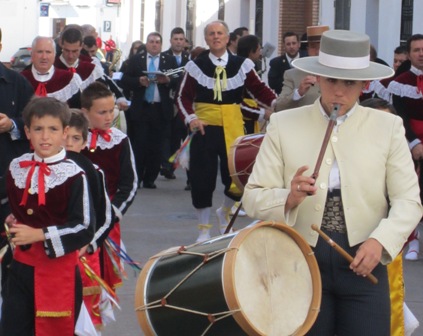