Parts of the Castle 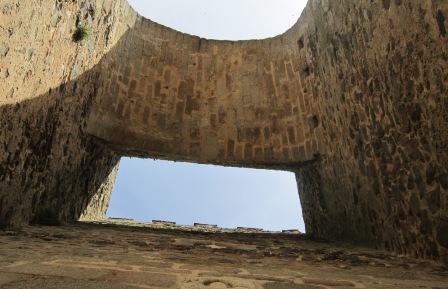 Let's do a quick tour of the most important areas of the Castillo-Fortaleza, indicating some of its features:

The doors are the weakest points of the fortification, and thus concentrate more defensive elements. In this case, two powerful towers and a barbican protecting the main entrance and forced to make a 90 degree turn to enter the fortress. Decorative details that look the walls are detail rich past and care taken in its construction. The central marble plaque symbolizes San Miguel Archangel pattern municipality. The exterior granite blocks are placed almost seamless in order to avoid escalation. 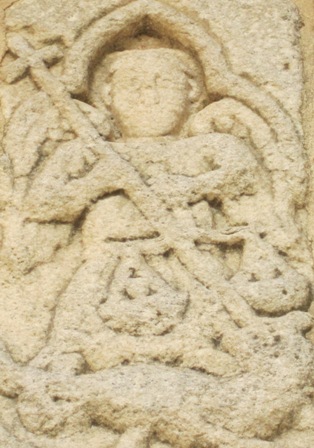 GATE OF THE SUN AND THE MOON

In addition to the main entrance, castles tended to have secondary sally ports or doors. Here, the Sun Gate, named after the marble relief decorating it. This carved stone is exactly equal to one found in an archaeological dig at the Castle of Ponferrada. Hence the possibility that it belonged in the first foundation of the Order of the Temple is studied.
The left semicircular hub facilitates its defense. On the sides of the gate remains of the original decoration imitating stones remain. 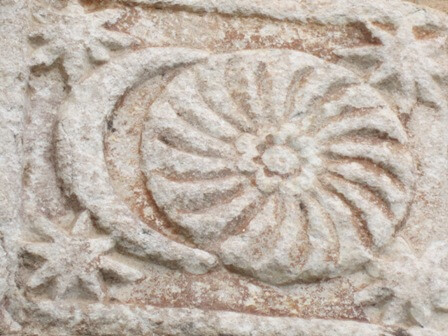 The towers are located exploiting the terrain using the natural rock solid. The placement of the towers at the corners is square, while half of the walls are semicircular buckets.
In the Northeast direction tower with view on the skyline of Segura de León, was located the only gun that was preserved and is currently located in the entrance area. 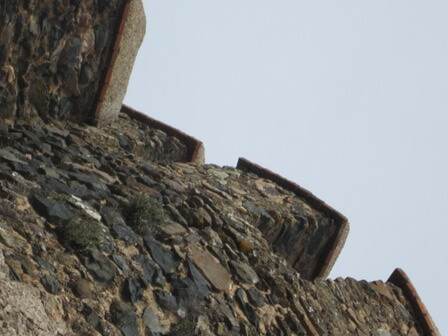 The height gives the castle defenders a fundamental advantage over attackers. Although initially the towers were lower, were subsequently recrecieron to its current height, canceling a number of loopholes that have been fossilized in the wall.
The current view with the set of battlements did not exist in the original construction of the fortress, only found in the keep. In the restoration of 1977 he decided to copy the mold around the entire structure, recognizable image with the Church are the identifying symbols of Major Summits. 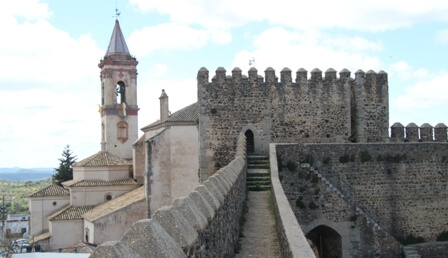 The first houses that were attached to the panels of the wall were built in North direction, as indicated ancient texts. The population to verify the difficulty that brought this decision, were looking for a safer and bright location. Hence, the current configuration of the municipality.
If we look closer, we find a striking curiosity among Nertóbriga Roman city, in the center of the landscape, with the foundations of neighboring populations. Together they form a perfect circle around the Roman citadel.
If we do the full tour of the Paseo de Ronda besides contemplating the red roofs of the village with the bottom of Sierra Morena discover one of the few places in Andalusia existing atypical Toros. Its peculiar shape is given to its former use as Corral Council.
With this beautiful journey, not realizing we have walking around a mile away, pacing and active sports.